Tramadol and Its Side Effects-Be Aware

Tramadol is one popular example of an atypical opioid that basically works as an analgesic or pain reliever. This drug, which is known to be a synthetic or man-made form of analgesic, is prescribed to individuals who are experiencing moderate to severe pain condition. This type of medication was spearheaded by a known German pharmaceutical institution and was primarily introduced as Tramal. After a couple of years, the original developer of the said drug cross licensed it to other companies worldwide. Tramadol then was marketed under several brand names. 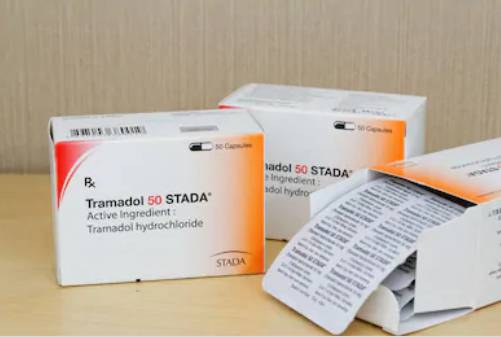 Tramadol’s custom marketing packages are available in oral and injectable forms. It is considered a controlled form of drug in most countries such as Australia and the United States. This type of opioid requires prescription in the said two countries.

As stated earlier, Tramadol is one of the most commonly recommended medications to treat pain. Some health experts also recommend this drug as treatment to abate symptoms of anxiety and depression. In addition, this drug is also used by animal specialists to treat chronic and post-operative pain conditions experienced by cats and dogs.

Just like other medications, Tramadol also has side effects. A person should consult his doctor when the following side effects of Tramadol occur:

Those who experience the above-mentioned side effects can still continue taking Tramadol, but doctor consultation is a must.

Consumers should immediately stop taking Tramadol and consult a doctor when the following side effects occur:

* red blistering or peeling of the skin

Moreover, immediate medical attention is a must when allergic reactions such as swelling of the throat, tongue, lips, and face as well as difficulty in breathing occur.

* Tramadol is not advisable to individuals who are or who have been addicted to alcohol or drugs. This type of analgesic drug can slow down a person’s breathing and increase drowsiness.

* Individuals who are recommended to take Tramadol are strictly advised to take the said drug exactly as it was prescribed by the physician. Taking Tramadol in large doses can lead to serious and even fatal health complications.

* It is not advised to suddenly stop taking Tramadol without telling the doctor about it. When a person suddenly stopped taking the said drug, withdrawal symptoms such as sweating, diarrhea, chills, and hallucinations, may possibly occur.

* Tramadol is for oral use only. It is not advised to crush a Tramadol tablet. Powdered Tramadol tablet should never be diluted with liquid or inhaled. When this drug is injected or inhaled, it may result to overdose or death.

* Seizures are also common among individuals who are taking Tramadol. A person is more likely to experience seizure when he has a history of alcohol / drug addiction or metabolic disorder.